My Support Group part I aka My Friends

I couln'd t do this without my "support" group.  In tru Trini style, we make light of a difficult situation.  If I don't laugh, i certainly will cry and that is NOT acceptable; as I was once told, "MAN UP!! MAN UP!!!...we have NO time for crying/tears right now!!!".  In their defense, G and T, it was on Georgia Ave in the middle of DC carnival!  :-), but i think their reaction made me cry some more.  It was 2008 and the gravity of the situation HIT me like a full BUS (It was the first time that i'd actually cried since being diagnosed) ...oye!  I will not be able to play mas ever again!

I had actually spent my last carnival at home sleepign on top of a speakerbox on top one of the trucks...if only i knew then what i know now!!! 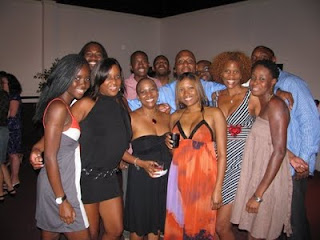 dem...and a few others
Anyhoo, I digress.  My friends; they keep me going... 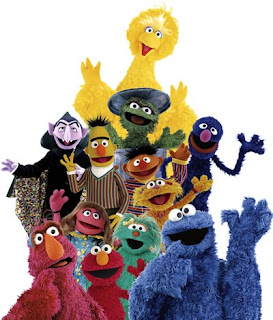 I could go on, but suffice it to say that i really have the best "support group" that someone in my situation could ask for.
I have to mention this...I was raising funds for the MS Walk of Atlanta and I was soliciting funds from someone...The conversation went like this...
Me: Don't u want to donate?  it's for a good cause...it's the MS Walk
C: What??  *$%@** MS Walk?  Why I must give dem my money??  Who we know with that...I not donating to that...
Me: Well....actually I was diagnosed last year
He's ah red man and he turned even red-DER.  I had a good laugh, he - not so much!  I reassured him that I/it was okay...we had a long talk about it/my daignosis etc but poor fella...to this day, I'm not sure if he has totally gotten over that!
Laughter is one of the best medicines! (No prescription req'd)